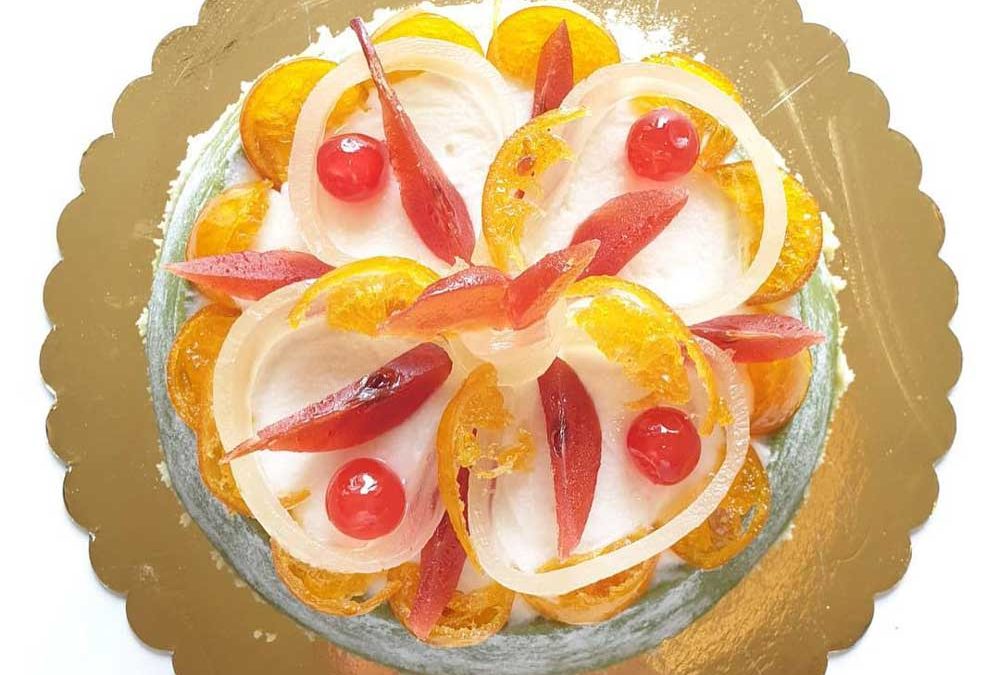 It’s hard to argue that the Cassata Siciliana is one of the most emblematic desserts, not only from Sicily but Italy. Still unknown by many, the round cake represents the best the island of Sicily has to offer.

Cassata’s name has a long history, it’s believed that artisan cooks developed the recipe in the Middle Ages during the Arab Sicilian reign. “Quas’at” is the name of the bowl from which the circular, round cake gets its form, but the influence goes more in-depth. Alternatively, experts argue that cassata comes from caseus, the Latin word for cheese, but whatever the case may be, cassata is here to stay.

Arabs might have contributed more to the recipe than its name, they brought sugar to the island, that together with the enchanting candied fruit, typical to the southern Italian region, and the superior quality ricotta cheese, became the key elements for this luscious cake.

Cassata is a synonym with celebration. It’s festive and colorful, delectably sweet without being overwhelming, it’s engraved in every Sicilians mind, and entwined deeply with good times and family gatherings.

Today, it’s complicated to find original cassata outside Sicily, the authentic recipe has been passed from generation to generation, and even in Sicily, it’s reserved for special occasions.

A handful of artisan cooks living abroad still make the original cassata with authentic Sicilian ingredients, like the chefs at Vicio Il Mastro Pastaio in Amsterdam, who offer this delicacy for those who haven’t tried cassata yet and for those that have unavoidably fallen in love with it.

The traditional cooks share the secrets of this mythical dessert with us.

The secret is using the fresh, sweet, sheep ricotta cheese for the filling, there’s no good enough substitute.

A select almond paste called Pasta Reale, or royal pasta, is used to cover the sponge cake. Sicilian almonds, especially the ones cultivated near the town of Avola, are amongst the finest in the world and make a silky but firm dough often colored naturally with pistachios.

And then there’s the candied fruit covered with a thin, sweet glaze. Its bright colors make you hungry just by looking at them and are the perfect final touch to the cake.

The palate-coating cheesecake is the pinnacle of Sicilian produce, from citrus to pistachios and almonds, and of course ricotta.

Cassata is not easy to make either; it takes two days to make the sponge cake, line a bowl with pasta reale, filling it with ricotta, and decorating it with the candied fruit. The result is rich and dense, something extraordinary.

The real problem is that you can’t enjoy it throughout the year, this is a special dessert, and you’re lucky to get one; everyone wants a piece. The best things in life are rare, and they take time. They’re the product of endless hours, patience, and precision. IN the end, it’s all worth it, you’ll know it once you try it.